I had a tough choice picking the 10 best this year. Several very good ones had to be left out but I think you will enjoy the images and the stories behind them. 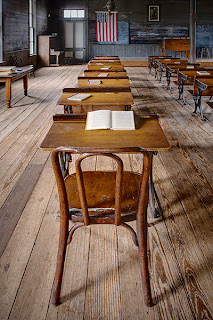 School Days
This was shot at the Dallas Heritage Village. The Renner School is fixed up just like it was when being used as a one room schoolhouse. This has been a popular image at my art shows and it seems that a school teacher is usually the one that is interested. 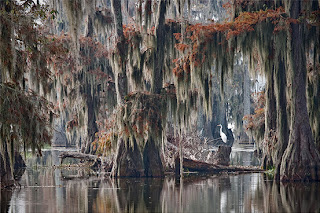 Lake Martin Egret
When I traveled to my last show of the year in Covington, Louisiana, I stopped at Lake Martin. Both mornings had great conditions for photography and I made the most of it. I could have included more images from the trip than I have. Lake Martin Egret received so much positive response on Google+ and 500px that I had to include it. This day had started out much like the image below, but the fog had just lifted and was letting some sunlight in. 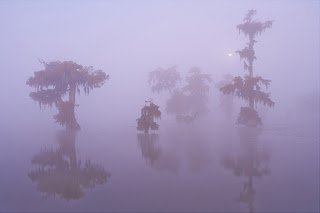 Moon Set on Lake Martin
The pre-dawn skies appeared to be clear while I was driving from my hotel to Lake Martin but things really changed when I got within a half mile of the lake. This was one of the first couple of images I took that day and the last one before the moon vanished in the fog. I spent the next hour shooting like a mad man and ended up with quite a collection of winners from this mornings shoot. 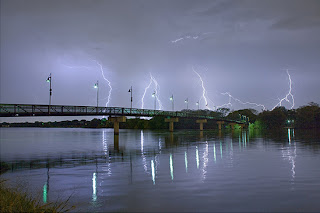 Lightning Over Dallas
Summer had been hot and dry in Dallas but late September brought some rain and lightning. Actually, it was much more lightning than rain and was pretty scary when it moved in. I headed to White Rock Lake and felt it  was much safer to get out of the car now that the storm was moving away from me. I took many exposures and combined several of the better lighting strikes to create this image. 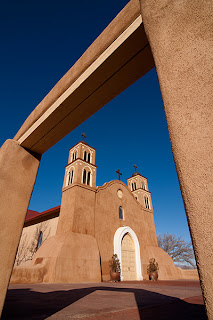 San Miguel Mission
The San Miguel Mission is in Socorro, New Mexico. I had spent sunrise shooting at  nearby Bosque del Apache Wildlife Refuge. It was still fairly early in the morning when I headed back to town and wanted to shoot the mission. Normally, I would want some clouds in the sky but in this case the clear blue skies contrasted nicely with the warm adobe walls of the mission. The shadow fell in just the right place too. 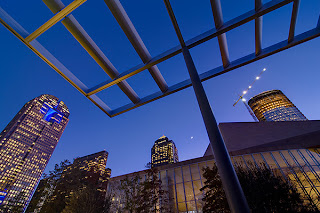 View From the Winspear
On this evening I was anxious to try out a new wide angle lens that I had bought. I was hoping to shoot the reflection pond in front of the Winspear Opera House but a large Christmas tree was sitting in the middle of it. That forced me to look for something else to shoot and this is what I found. The new lens at 16mm did very well. 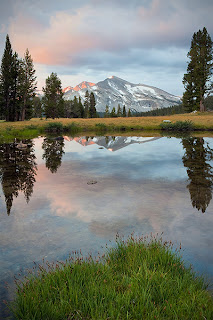 Reflection of Mammoth Mountain
In late August I spent a week in California. A large forest fire near Yosemite National Park had us changing our schedule but we managed to survive. I got this nice reflection one morning in Yosemite near the Tioga Road. 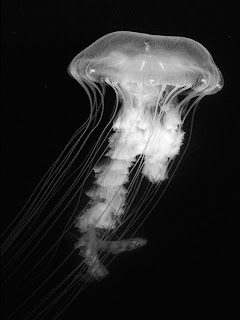 Jellyfish
On Sunday morning before the Rockport Art Festival I went down to the marina and shot a few pictures. I took a few shots of a jellyfish that was swimming near the surface. It didn't have the bright colors of some of the jellyfish photos I've seen but worked very well when converted to black and white. 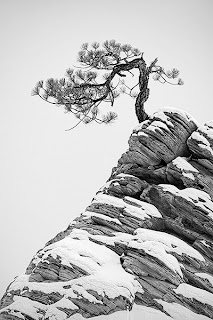 Zion Tree
I may be fudging a little on this one. I shot it a couple of years ago but only recently did I process it as a black and white. It was OK in color but I really like it in black and white. 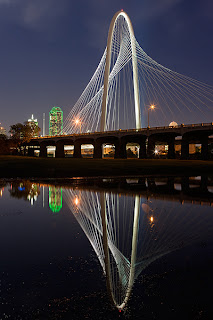 Margaret Hunt Hill Bridge Reflection
This is a new bridge that is being built over the Trinity River in Dallas, Texas. It has been designed by Santiago Calatrava and is scheduled to open around March of 2012. I was walking back to the car after taking some pictures of the bridge and noticed a large pool of water in the river bottom. I got a little muddy getting this last shot but it was worth it.
I wish everyone a Happy Holiday and Great 2012!
Posted by Unknown at 10:16 PM